Skip to main content
To provide you with the best experience, Hill Lily Courtyard uses its own and third-party cookies on its website for technical, analytical and marketing purposes. By continuing to browse our site, you are agreeing to our use of cookies. Please consult our Cookie Notice for more information.

The most Famous Hutongs in Beijing 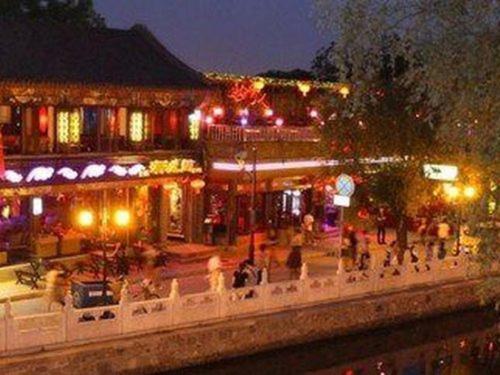 The history of Hutongs can be traced back to the Yuan Dynasty (1271 - 1368) when Beijing was the capital. After the establishment of the Yuan authority, the nobles and heroes were awarded lands as feudal estates. They built houses and courtyards arranged orderly around the wells. Lanes in between houses were created in consideration of light, ventilation and easy accessibility. Though these countless lanes crisscrossed the old capital like a chessboard, there were only 29 of them called Hutong.
In the center of Beijing, there are two main popular areas for the hutongs - one is the Shichahai and Drum Tower area, and the other is the Qianmen and Dashilar, while Hill Lily Courtyard located in the latter part.

Here are some introductions of the most famous hutongs in Beijing:

• Nan Luo Gu Xiang
This old lane is renowned for its long history, culture, specialty stores, and distinctive foods. It is 2,582 feet (787 meters) long and 26 feet (8 meters) wide, with its north end joining East Drum Tower Street, and the south end connecting East Di'anmen Street. This alley is also called Centipede Street because of the eight alleys symmetrically arranged on the two sides of the major lane.

• Yandai Xiejie
It measures 761 feet (232 meters) long, connecting Di'anmen Outer Street at the east end and the junction of Xiaoshibei and Ya'er Hutongs at the west end. The slender street is like a pipe's stem, stretching from northeast to southwest, and its east end looks like the pipe's mouth. Besides, there used to be a bunch of pipe shops in late Qing Dynasty (1644 – 1911). So people called this street Skewed Tobacco Pouch. Today, many different kinds of bars, tea houses, coffee rooms and souvenir shops have mushroomed on the street.

• Mao'er Hutong
It is in the northwest of Dongcheng District, stretching 1,919 feet (585 meters) from South Gong and Drum Lane to Di'anmen Outer Street. A lot of celebrities have lived there, such as Wan Rong - the last empress, Feng Guozhang - a leader of the Northern Warlords (1912-1926), and Hong Chengchou - a general in the Ming Dynasty (1368 –1644). Many of their former residences remain there.

• Colored Glaze Factory Street (Liulichang Culture Street)
This alley has a long history, located outside Heping Gate. Early in the Liao Dynasty (916 - 1125), it was a village called 'Haiwang'. Then, a colored glaze factory was set up there and thus the name of the alley. Later, it became an antique market. Nowadays, nearly 100 time-honored brands are still there, such as Rongbao Zhai - containing precious calligraphy and paintings, Yungu Zhai - housing quaint enamels and porcelains, and Yuehai Xuan - selling traditional musical instruments.

• Dongjiaomin Lane (Dongjiaomin Xiang)
Together with Xijiaomin Lane, they are called the longest hutong in Beijing, with a length of 9,843 feet (3 kilometers). Stretching from East Tiananmen Square Road to Chongwenmen Inner Street, Dongjiaomin Lane used to be the location of many foreign embassies. There are also sites of old churches, banks, official mansions and clubs. Buildings there form the only European style block in Beijing, which contains the early 20th-century features.

• Xijiaomin Lane (Xijiaomin Xiang)
It is an east-west alley starting from West Tiananmen Square Road to North Xinhua Street, measuring 3,543 feet (1.08 km) in length. More than ten banks were set on this alley from late Qing Dynasty to late 20th century, making it the 'Financial Street of old Beijing'. There are many sites of old banks, such as Central Bank, Continental Bank, and Commercial Guarantee Bank of Beiyang Government. While, this is only 3 mins walk from Hill Lily Courtyard.

• Ju'er Hutong
With a length of 1,437 feet (438 meters), it starts from Jiaodaokou South Street in the east and ends at South Gong and Drum Lane in the west. It houses the former residence of Rong Lu, a minister in the late Qing Dynasty, including his mansion, ancestral hall, and garden.

• Bada Hutong (Eight Great Hutongs)
Once the synonym for the red-light district in old Beijing, it refers to an area to the west of Guanyin Temple and near Dashilar Street outside Qianmen Gate. This area features eight alleys from west to east named Baishun, Yanzhi, Hanjia, Shaanxi, Stone (Shitou), Zongshu Xiejie, Zhujia, and Xiaoli.
Previous
Next